What Is a Criminal Defense Investigator and His Duties? 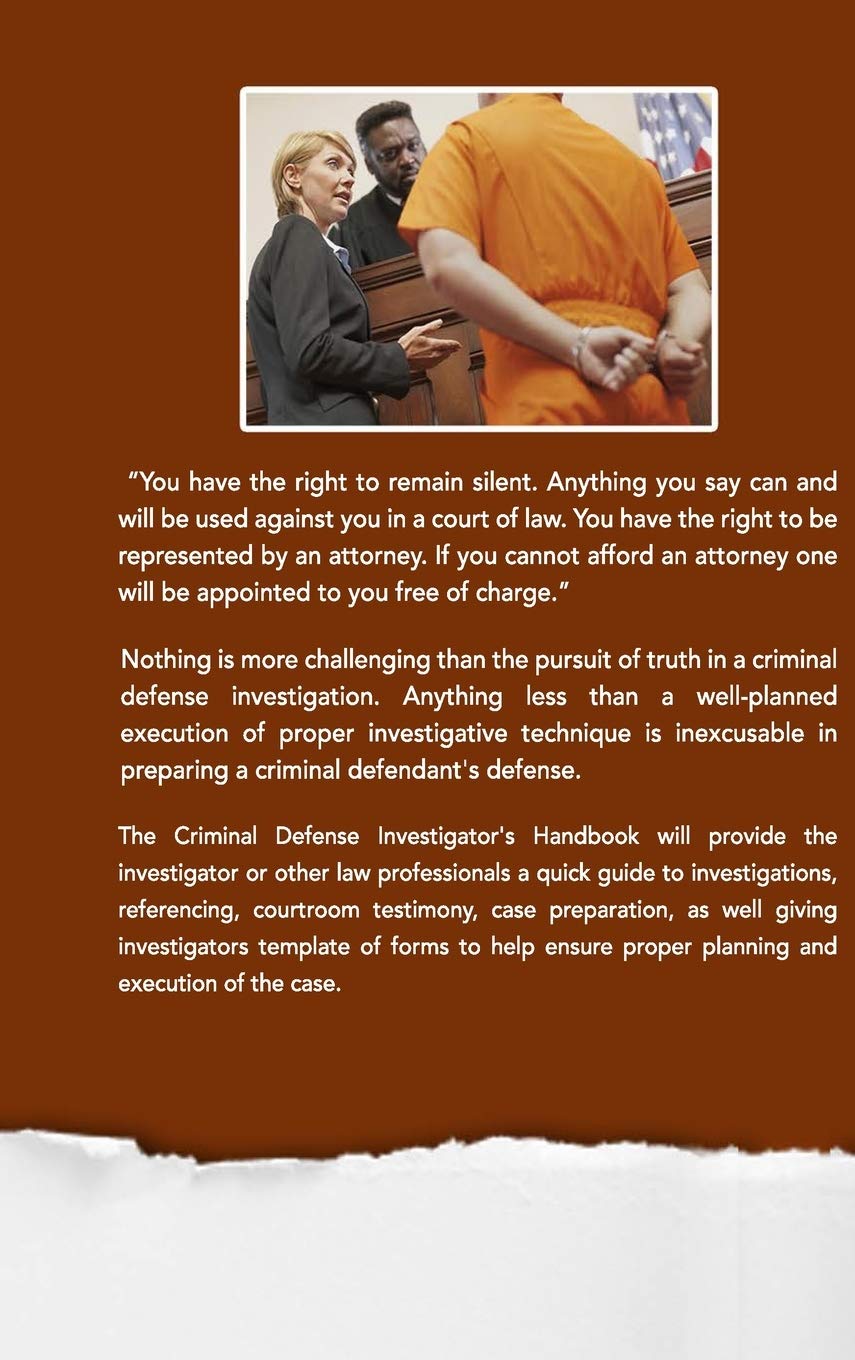 What Is a Criminal Defense Investigator and His Duties?

A private detective performs investigative functions that involve gathering information about a case, locating witnesses and suspects, gathering evidence, conducting surveillance and performing interview with the subject. Sometimes, a criminal defense attorney is not sufficiently knowledgeable to perform all these investigation functions on his own. In such situations, he might hire a private investigator to carry out these additional tasks. Private detectives are well-trained and highly-experienced in investigating crimes and can reveal lots of information about a criminal case.

The field of criminal defense is quite a complicated one and requires specialization. It involves a lot of legal and ethical issues. It also calls for a lot of hard work and dedication to solve a case. A lawyer cannot represent the subjects of investigations on his own. He needs the help of an investigator to get detailed details about a case. Also, the services of a private detective or a private investigator are required in such a situation where a client is in a critical phase of a trial.

There are certain things that a private investigator would know about a case that a lawyer would not. It is very important to hire a good investigator so that the investigation results are unbiased and the facts are unearthed without any partiality. The main objective of a criminal defense lawyer is to obtain the best possible outcome for the case.

Most private investigators use various means of communication. They include cell phones, pagers, landlines, faxes, emails, texts, voice and video recorders etc. To get hold of some information or to corroborate a particular statement, certain methods need to be used. For instance, if there is any doubt about a particular fact or detail in a document, an investigator will find out other ways to authenticate the same. They may interview a witness or a victim to verify the same. They may cross-examine a suspect and elicit proof from him.

In order to perform a thorough investigation, criminal defense lawyers require information from police officials. It is their job to cross-check various statements by witnesses, gather evidence and present it before the court of law. Their work does not end at presenting evidences and arguments before the court. They also have to assess the strength of a client’s case and help them design a strong defense.

A criminal investigator plays a vital role in putting together a strong criminal case. Most experienced investigators develop close relationships with many prosecution witnesses and present their evidence in a manner which helps the defendants. They have a knack for understanding the jargon and faces of prosecutors and defense attorneys. The investigators closely follow the trail of a suspect, scrutinizing every move they make, gathering more information till they get the desired results. Thus, their valuable inputs prove to be crucial in shaping the defendants’ defense.

What is a criminal defense investigator? Now you know what this person does. You should thank him and give him your confidence, for he is certainly a person you would want to protect you.

What is a criminal defense investigator really doing? He is tracking down people who are involved in criminal activities such as robbery, murder, sex crimes, drug dealing and money laundering. He follows their tracks and photographs them when they commit the crime so that the prosecutors can prove their guilt.

What is a criminal defense investigator really doing? He is not conducting any investigation; he is just following orders. He reports to his boss, who is in charge of getting the evidence to be presented in the court. He might be asked to go to the place where the offense occurred or to observe the place for about twenty-four hours. Whatever the case, he reports to his boss with the report and an appointment for the next day or the next week.